Responding to Disruption with Innovation – What did we Learn from Large Enterprises?

3 years, 7 nations, 25 large B2C clients and 50 million consumers later, if there’s one thing we’ve learned about big companies it is that across sectors and spectrums, most struggle with innovation.

It’s widely held that innovation is an obsession reserved for entrepreneurs and startup founders. In fact, in most large enterprises, having an innovation mindset is equated with having a rabble-rousing personality that’s likely to stir a stable system designed to uphold the delicate fabric of interlocked systems and stakeholders. Buy-ins happen for anything new – new tech, new people, new processes – to mesh into the grand tapestry of the enterprise. This is also what often culls, complicates, and significantly lengthens the time to select and implement anything innovative. And so, there’s an almost natural bias towards maintaining the status quo.

The problem arises when fresh-from-the-valley disruptors enter the field of play claimed by a large co with their striking innovations and new age propositions.

“With the explosion of internet companies, which is in part due to the ease of starting one in the present day and age (thanks to cloud infrastructure, business scaling technologies and enhanced connectivity of systems and people), ‘challengers’ are no longer an exception in any sector.”

Those that end up making a dent are almost always startups whose vision and value proposition not only improves but exceeds the set market conventions in one way or more, inevitably upending the status quo in their favor and away from an established big fish.

A startup that wins in an established market with legacy players is defined by one critical trait: they are exceptionally external-looking. Unlike a large enterprise, which tends to be internally focused, startups have little they need to preserve inside their realms. Turning their focus, innovative startups win by having an external bias, working with ample user data points, and focusing on iterative innovation. Plus, they put unprecedented emphasis building deeply personal and meaningful relationships with their customers in an effort at delighting them, retaining them, and driving positive unit economics.

Signalling a reckoning, the arrival of challengers in a market means an incumbent has very little choice other than to make a weighted move in the direction of innovation. Especially, if they hope to have any chance of surviving the turning of the tides.

Failing to respond: The paradox of choices 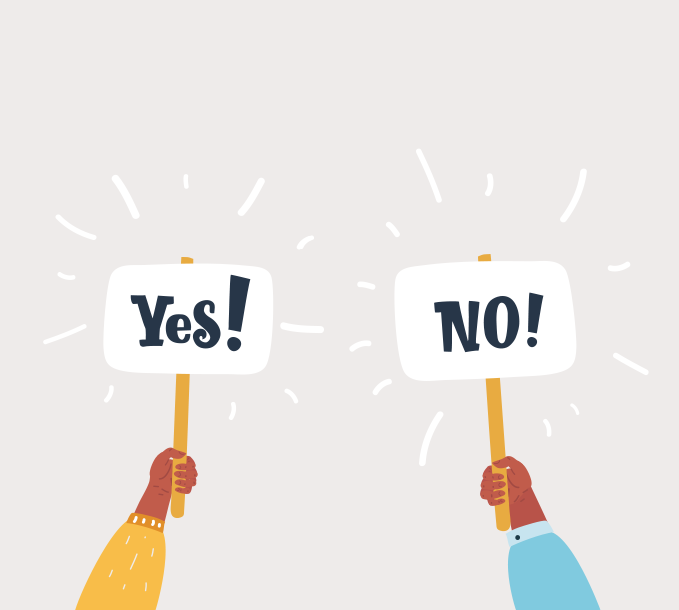 Remember Sears? The once major american retail brand, which quite literally changed the way people shopped, Sears today is cash-starved and struggling to keep it’s less-than-1000 stores worldwide operational. Industry experts say that the biggest reason the incumbent stumbled to this low is that it failed to renovate its revenue model in the light of the advent of online shopping.

Disruption-caused casualties of similar size are common across industries – Airlines (AA) to telecom (RIM) to pharmaceuticals (Walgreens). These enterprises flatlined quicker than their ascent to great heights, as challengers in their category moved in fast and gradually accelerated changes in the existing system of checks and balances, causing near-permanent shifts in the way of market paradigm.

Over the years, we’ve learned that the pattern of downfall is near-alike.

1. Incumbents are late to realize that the status quo has changed

Innovation mindset is hard to develop for an enterprise set in its ways. Because it demands assuming that new can be better.

When, in fact, the kind of reflective innovation that needs to happen at the incumbent’s end can only happen when they attempt a peek into the future. But because large enterprises are inherently inward-looking biomes focused on maintaining the status quo irrespective of conditions outside, their peripheral vision captures too little too late.

One 6-decade old retailer we worked with recently found themselves on the brink of an inflection point and quite suddenly too, after realizing that new age consumer startups had chewed away close to half of their market just by replicating the company’s business model and making it heavily customer-oriented, unlike theirs, which was now rather shareholder-oriented. The signs were there all along – a challenger’s quick ascend to the limelight, VC validation, customers claiming superior service, and competitive price points – but the urge to resist was far stronger than the one to chart a response, especially since that would mean putting in question the entire business model and strategic choices that had been made up until then under tight scrutiny and causing shareholder tension. None of which is desirable.

2. Big players struggle with figuring out the right strategy fast

A company’s strategy, especially in the face of a major change – internal or external – plays a key role in determining the future of the establishment.

Resources, if deployed correctly, in a timely way, and at a desirable scale, yield revenue and profits. In many large companies, however, we’ve seen choice paralysis creep in when there’s change looming on the horizon. Often, given their size and scale, a large company almost always finds itself at crosshairs with various factions of the organization – product, accounting, supply chain, marketing, sales and more. Choosing a strategy fast, then, quickly turns into a game of tradeoffs.

A South-Asian financial services conglomerate we worked with a few years ago was struggling to choose the right way of leveling up with challengers in their category who were capturing their market through aggressive user acquisition strategies. The incumbent, a multi-billion dollar MNC, had a sizeable audience base but was unable to ascertain the best move to keep their long-standing customers. Their shareholders were on an edge about the declining profitability and playing on cost was out of the question. And to lead with innovation, just the thought of it, at a time when purse strings were tight and resources limited, felt nothing short of indulgent.

3. They find themselves having to make choices with no right answers

‘To buy or to build’ is the most common and the most difficult choice a large co must make when challenged to innovate.

Also given that this pressure comes with the need to develop fast and develop well (while keeping costs contained), a company of size often ends up spending a lot of time and energy trying to figure out the right ingredients and combinations thereof to become innovative.

However, in our experience, a sure-fire way large organizations can choose well is to choose the option which allows them to retain their focus on the winning parts of their business without straining or distracting resources.

At the end of the day, the effort to innovate is not meant to be a response to competition but an opportunity to become and stay relevant and meaningful to an end-user.

Lest they forget that they have the advantage of scale on their side, large companies fare well when they direct their energies to making stronger their customer-facing value proposition and refreshing their revenue models in the face of stiff competition and disruptive/restrictive trends.

Take for example one of our long-standing clients, a major multinational investment bank, who, while the 7th largest in the world, happened to be a challenger in one market. Faced with the challenge of measuring up to the gatekeepers of this new market and their conventional ways, the bank, unlike their competition, decided to put focus on stimulating customer engagement and loyalty-building campaigns.

At this point, they were not quite in a position to align their internal resources to build for this new market, and because the cost of opportunity lost was too high to ignore, they instead decided to work with Perx technology on this particular quest. This decision was consistent with their situation – it wouldn’t put a strain on their existing resources, keep the resources aligned to core parts of the business while enhancing their ability to create and take engaging, business-essential programs to market fast.

Using Perx to roll out a series of one-of-a-kind gamified customer engagement programs, this bank issued 2.5 million unique rewards over the course of a year that translated into not only highly engaged customers (more than 100,000 unique users were engaged in just under a month!) but also – for the first time – new revenue as a result of reward redemption. What’s more is that even after pausing this program for a few months, once the bank re-initiated rewards roll out, their engagement numbers picked up from where it was last and continued to chart its way north.

Remarkably enough, rolling out creatively designed and quickly executed rewards programs for their target market made the bank appear fresh, relevant and current, causing their customer engagement rate to go up from 3% to 99.8% overnight, while also significantly reducing their reward points debt.

What’s subtly underscored among all this is that at that moment instead of giving in to the anxiety that underlines most decisions related to buying and building capabilities, the bank chose well by choosing to focus on the core parts of the business and outsourcing everything else to someone with a clear competitive edge. 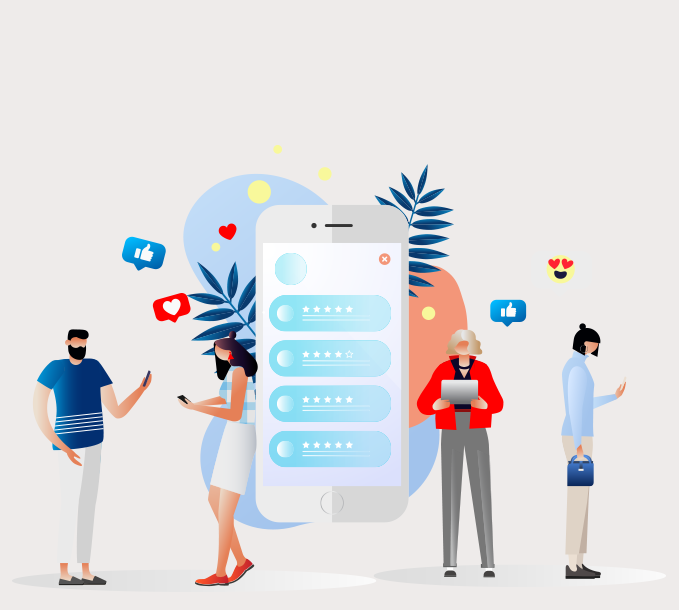 This is a vital moment for businesses large and small. As we find ourselves grappling with a harsh global reality, the time is now to bring together people and utilize the right tools to continue moving the business forward.

Is your loyalty rewards program going to deliver on expectations this holiday season — on both sides of the relationship?

How are top enterprises leveraging loyalty programs? And more importantly, what is the cost and benefits of such programs?

The red light green light game killed 255 players in Netflix’s Squid Games. Players in the first game didn’t know what they were getting into. They didn’t have a chance other than to play the first game.

The stakes are high when it comes to identifying the right customer loyalty metrics. These measures are essential for benchmarking your customer relationships and measuring the impact of your retention strategies.

How to adapt and reinvent amidst a constantly changing tech landscape?